Friding: it’s riding your bike, on a Friday.

It’s our way of changing the world one Friday at a time. It’s getting people out riding together for one day a week – and what better day than Friday? It’s the best way, on the best day.

Nope. It’s just a way of helping a bunch of people like you think about maybe riding your bike, wherever you want to, just once a week. Because the more we do it together, the better it gets.

IS THIS SOME HIPPY CRAP?

Hardly. Riding bikes isn’t just easy and fun; at $21 returned for every 20 minute commute it’s hard-core capitalism at its best.

If that’s what turns you on (or turns on someone you want to impress), then sure. Otherwise just wear regular street clothes. Or dress up. Whatever. There’s no uniform. It’s Friding, not the army.

I LIVE IN [far away hilly part of the land]. DO YOU REALLY EXPECT ME TO JOIN YOU IN FRIDING?

We’d love you to join in, but no. Start at a level you enjoy. Just go Friding as far as you feel happy. Go Friding home from walking the kids to school. Go Friding to the corner store for milk. Go Friding down to that park and back before work. Whatever. It’s Friding, not a forced march with the French Foreign Legion.

WHAT IF I DON’T HAVE A BIKE?

You might find it quite tricky to go Friding without a bike. You could beg or borrow a bike (don’t steal one – they have souls, you know) — or you could buy one off one of our friends, or you nearest bike shop. They’d like that.

You don’t need a flash bike. We’ll say it again: it’s Friding, not the Tour de France. Take it to your nearest bike shop, and get it tidied up if you want. Or look up a local bike-tweaking workshop. Or ask someone who already rides. People on bikes are nice and like to help.

HOW CAN I KNOW WHICH WAY TO GO?

Bikes are so cool that Google Maps has integrated them into its directions. They’ll suggest quieter streets, bikeways where they exist, and least-possible-hill routes. Or ask someone who already enjoys Friding if they can suggest a route. Or go Friding with them. Or just go exploring – side roads and alleyways and walkways and greenways and parks and and and! It’s all out there…

WHAT IF IT’S RAINING / SNOWING / WINDY?

Yes. It’s officially safer than taking a shower, actually. And unlike taking a shower, the more we go Friding together, the safer it gets. And that’s a proven fact. Google it. Or stop fretting and Google some Friding directions instead.

WHO IS BEHIND FRIDING – THE GUMMINT?!

Nope. The unofficial Good Riding Gang supports the unownable idea of Friding, which germinated in the minds of cycling advocate Greg Wood and general getting-stuff-done guy Kurt Strong. Spectacular visuals by Nick McFarlane and heaps of support from our friends. Ask us more questions: use the Contact form.

HOW DO I GET INVOLVED IN FRIDING?

Drop us a line. And follow @go_friding on Twitter. Join the Facebook group. Find a friend who wants to go Friding. Or just get out there next Friday.

SOUNDS AWESOME. WHAT ARE WE WAITING FOR?

#friding home from Cambridge station after a few days in Amsterdam. #biketopia pic.twitter.com/azaCFkPFa6 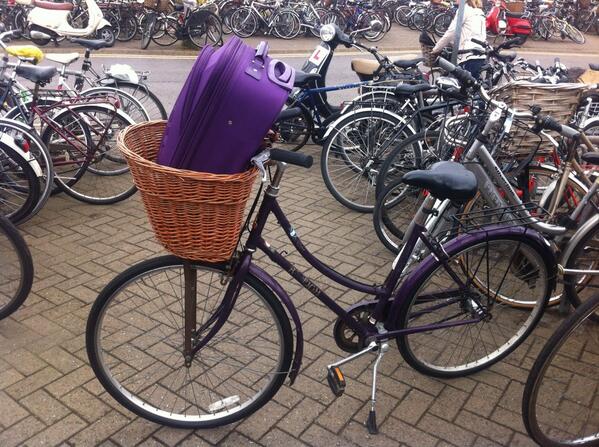 Went #friding home into gale-force winds with hail-like rain. I reckon I earned that Indian takeaway...

The Squeaky Wheel 5 days ago

@go_friding @gemmagracewood @kurtstrong It's going to be sunny in #Melbourne but w/ a few showers. That shouldn't stop anyone from #Friding!

...and that's just one of the reasons we invented #Friding. twitter.com/pcyclist/statu…

Get your Friding gear from The Second Hand Bike Shop / T White’s Everyday Bikes – a shop that gives a damn about Friding.

CAA’s vision is to make cycling an attractive, safe, viable everyday choice for all our communities. Including all us Friders.

The Good Riding Gang is a loose unit of creative people here to get Friding going. We love fresh air, and fresh ideas. Get in touch.

Anyone who’s ever liked the idea of riding a bike – including you – can go Friding. Ask a friend to ride on a Friday, and you’re good to go.